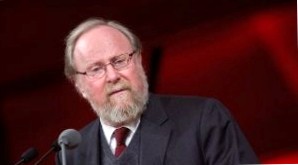 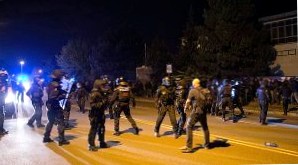 Police operation in the Saxon town of Heidenau © dpa

After violent protests against refugees in Heidenau, politicians call for tough action against perpetrators. In addition, a "democracy offensive" is needed in Saxony, SPD politician Wolgang Thierse told our site.

Interviewer: While SPD leader Sigmar Gabriel also called for tough punishments for violent right-wing perpetrators in Heidenau, Chancellor Merkel had her spokesman Steffen Seibert declare that the events in Heidenau were repulsive and shameful. Is not enough?

Wolfgang Thierse: It is not about a competition to outdo each other with sharp words. It is already a matter of the head of the federal government sending a clear signal of solidarity, of devotion to refugees and of resolute rejection of right-wing extremism, xenophobia and violence. That's what you can expect from a chancellor.

Interviewer: What do you think the chancellor should do now as a matter of urgency??

Wolfgang Thierse: As far as I have read, the chancellor has not yet visited a refugee home. I find this astonishing and strange. She should do some catching up.

Interviewer: They would also like it if the chancellor were to go to Heidenau now, for example?

Wolfgang Thierse: It has to decide, I which form it does this. There must be no tourism after Heidenau. There, in a special way, the Saxon state government, the Minister of the Interior and the police are asked to protect refugees and to put the right-wing extremists and perpetrators of violence in their place and, if necessary, bring them to justice.

Interviewer: The refugee question is the challenge for German politics and society. Why do you think that especially in the east of the republic many people have a hard time with it??

Wolfgang Thierse: Right-wing extremism and xenophobia do not only exist in eastern Germany. But in East Germany the frightening phenomenon is more widespread, more visible, more vocal and more aggressive. This is disturbing. There are different reasons for this. This has to do with the prehistory of the GDR and the authoritarian imprint of a communist educational dictatorship. In the GDR — imprisoned as we East Germans were — it was not possible to have any experience with strangers and foreigners. No comparably strong, self-confident and democracy-tested civil society has emerged there as in the West. And one must not forget the harshness of the upheaval. Many people have become insecure in the past 25 years. The social and economic problems in East Germany are undoubtedly greater than in West Germany. This has created social insecurity to the brink of social and ideational uprooting. This, too, must be named. This was an atmosphere in which the right-wing extremist propagandists were able to operate successfully. The more insecure people are, the easier they want the answer and the more radically they can be seduced according to the motto "Germans first and then the foreigners". Many people wonder why we spend money on foreigners when we need some ourselves. This is not to excuse or justify anything. It only explains why, with GDR history and with the experience of economic and social insecurity, people become more receptive to right-wing extremist messages and are more willing to commit violence.

Interviewer: They also say that many in the country, and especially the Saxon state government, have completely underestimated the problem of right-wing extremism. The attacks on refugee homes show that. How can countermeasures be taken now?

Wolfgang Thierse: A dozen years ago, I was on the road in many small and medium-sized towns in eastern Germany to support democratic initiatives against right-wing extremism and xenophobia. At that time, I was always told by the Saxon CDU politicians that I was a nest-destroyer and that the problem didn't even exist. This CDU-led Saxon state government never wanted to acknowledge the problem. All the greater now. And now, of course, the state's toughness is called for. A great deal of educational and explanatory work must be done, and political education must be expanded. But immediately, of course, the protection of refugees is the most important thing. And then I would like to see a real democracy offensive taking place in Saxony. People must be taken seriously with their fears and prejudices. Talking to them is about overcoming these fears and drawing clear boundaries. Fears are one thing, but turning them into violence is another. The latter must be vigorously prevented.

The interview was conducted by Hilde Regeniter.